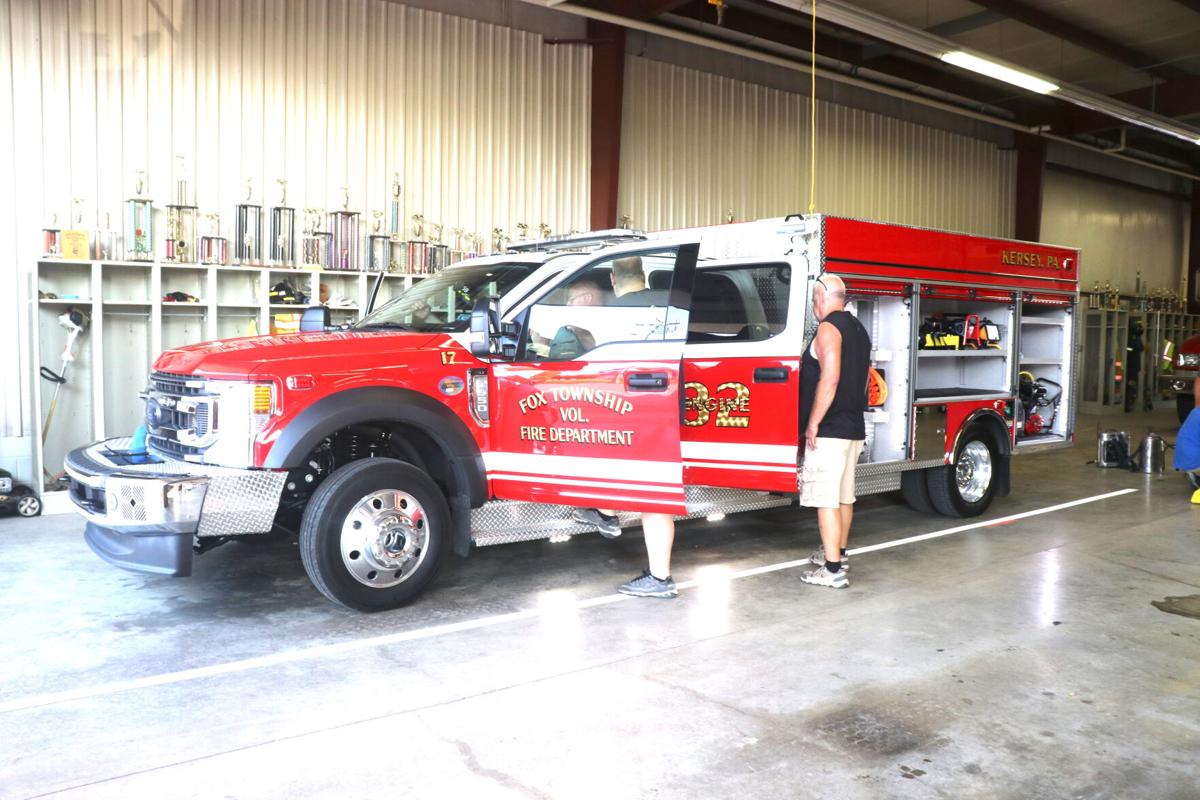 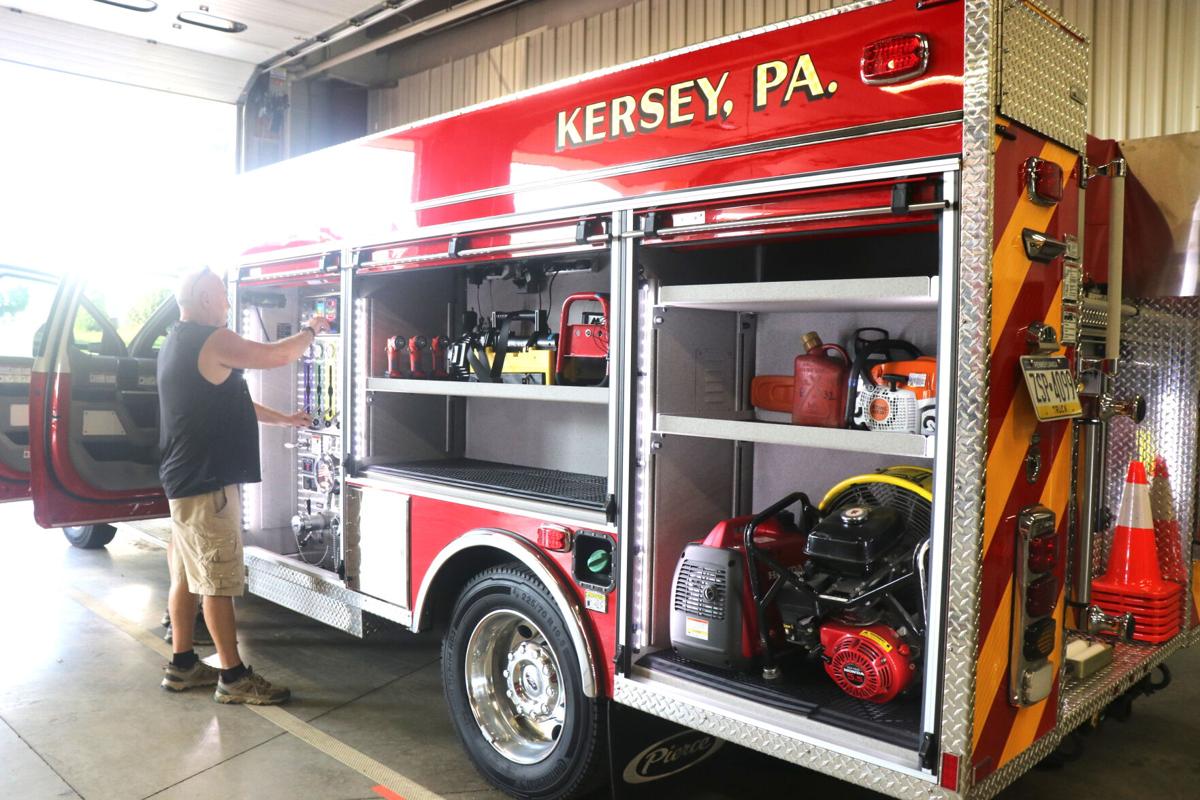 A new mini-pumper truck was recently added to the fleet at the Fox Township Volunteer Fire Department in Kersey.
1 of 2

A new mini-pumper truck was recently added to the fleet at the Fox Township Volunteer Fire Department in Kersey.
FOX TOWNSHIP - The Fox Township Volunteer Fire Department recently added a new mini-pumper to its fleet.
On Tuesday evening firefighters gathered at the fire station along Main Street in Kersey where they outfitted the truck with apparatus and learned the various aspects of it.
Scott Surra, Fox Twp. fire chief, said the concept of the truck is two-fold, the first being that its compact size allows the truck to be maneuvered into smaller, tighter places. He explained that over the past several years firetrucks have been made bigger and bigger even though the roads haven’t necessarily become bigger in size to accommodate them. Secondly more firefighters can drive the new mini-pumper as it is similar in handling as an ambulance or pickup truck. It is built on a Ford F-550 Super Duty 4x4 chaise and a CDL license is not required to drive it.
“This means we’ll have more guys who can get it out the door which is invaluable,” Surra said.
The mini-pumper pumps as much water as other engines in the fleet and is rated at 1,500 gallons/per minute. The biggest difference is that it carries about 1/3 less water than the larger trucks about transports about 1/3 less water from the hydrant hose as well. Surra said this comes as a trade-off in the while losing some capacities, the size of the truck allows them to gain access to more places.