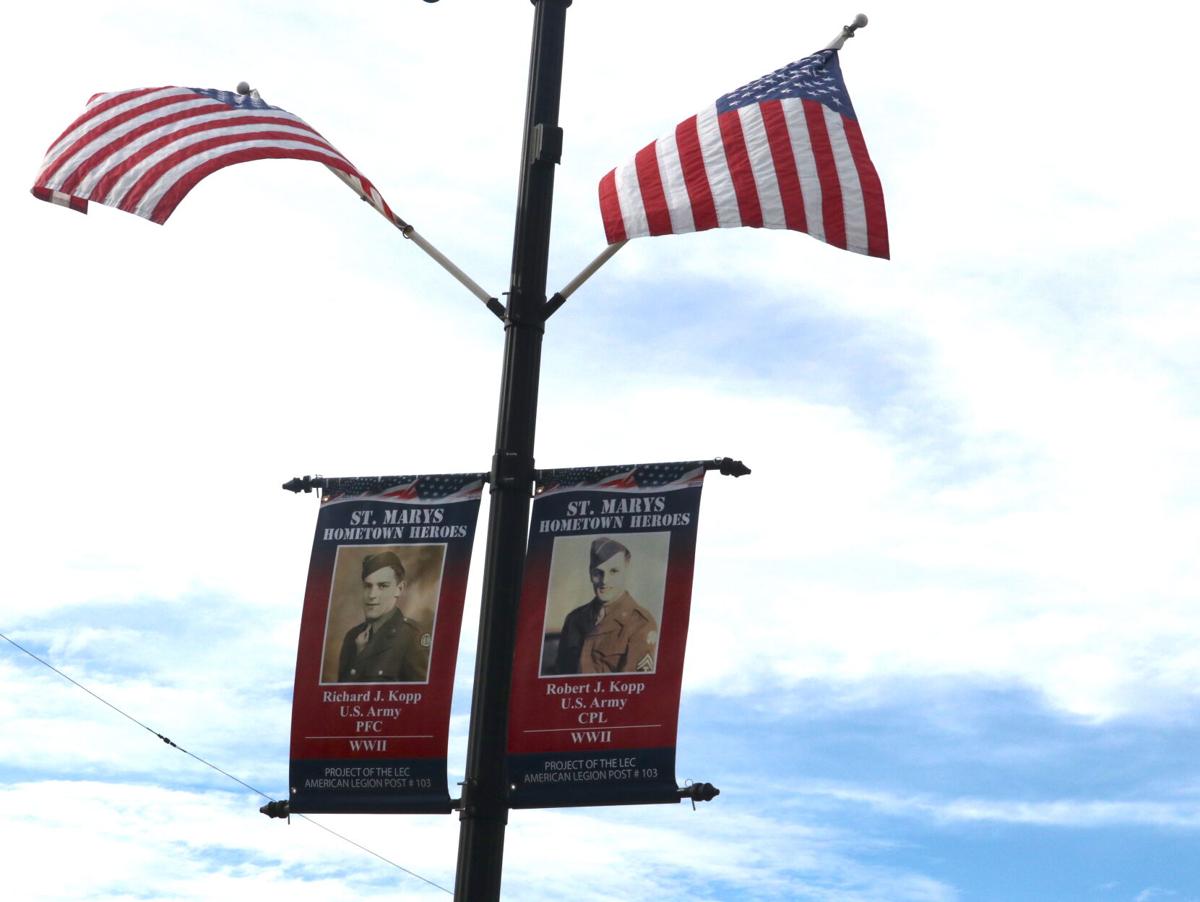 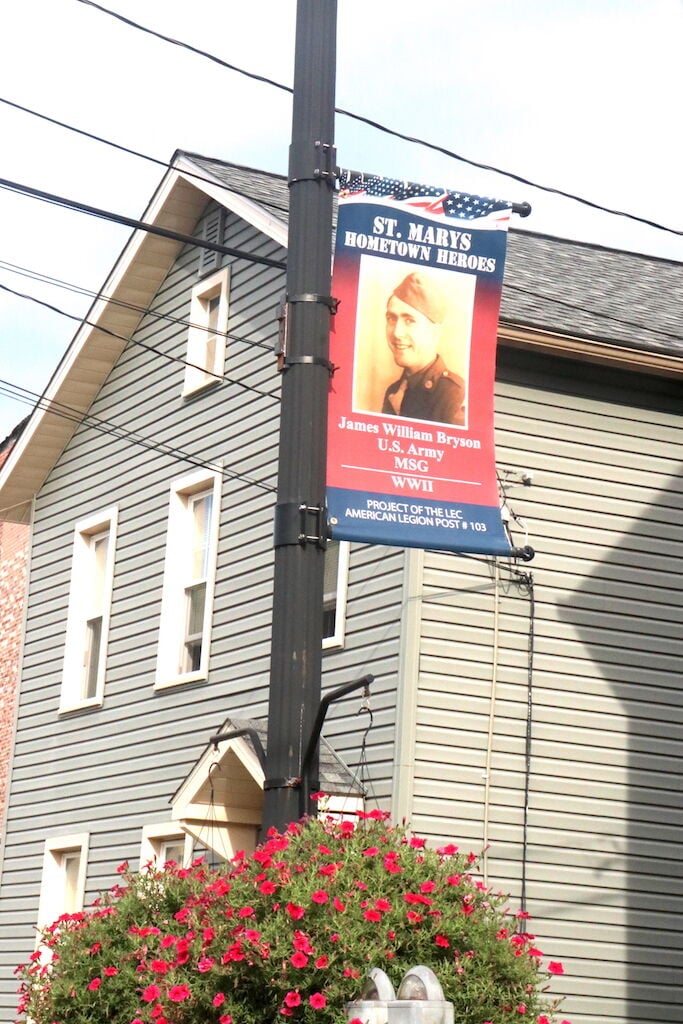 The banner for Msg. James William Bryson, who served in the U.S. Army in World War II, can be seen on Center Street near the St. Marys Public Library.

The banner for Msg. James William Bryson, who served in the U.S. Army in World War II, can be seen on Center Street near the St. Marys Public Library.

ST. MARYS - The faces of local veterans can be seen on patriotic banners throughout downtown St. Marys as part of the recently introduced Hometown Heroes banner project.

Employees from the City of St. Marys have been busy installing the new banners on various historic light posts on Center Street and the General Edward Meyer Boulevard, greeting those as they enter the city. They will also be on lights posts on Brusselles Street and the new Downtown Event Park on Depot Street.

The St. Marys American Legion Post 103 is organizing the program and have filled the 66 spots allocated by the city who determined the locations in which the banners may be placed.

June. She said there is currently a waiting list of nearly 40 more veterans interested in purchasing banners, which cost $200.

Recently Herzing was informed banners may also be placed on light posts throughout the city’s numerous recreation parks. Herzing said they are hoping to double up on banners placed on those light posts similar to those on the boulevard. Some of the downtown light posts can only accommodate one banner so they do not post a visual obstacle to traffic or meet a certain height to avoid being hit by passing tractor trailers.